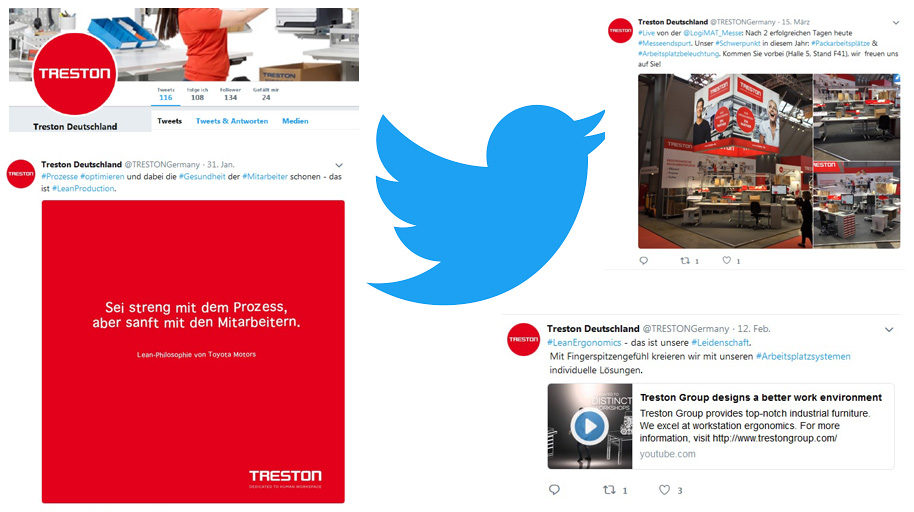 
The so-called sponsored posts are a form of online advertising on social media platforms such as Facebook, LinkedIn, Instagram and Twitter. In order to make the Twitter account of our customer Treston better known and gain more followers, we developed an eight-week campaign plan. We created special sponsored posts for this period, determined an individual target group to which they should be displayed and took care of the campaign during its duration. The use of the targeted sponsored posts led to an increase in followers from 20 to 133 from beginning of January to mid February.